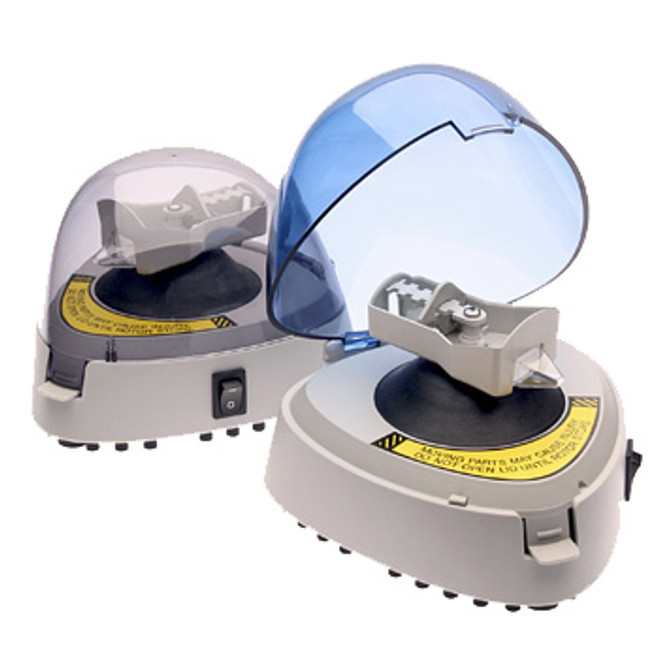 A dramatically effective new method for cleaning earwax, dry skin and other debris from hearing instruments. A lab quality centrifical accelerator, SpinStation whirls away both dry and liquid wax - even from inside the receiver - something vacuums systems cannot do.

SpinStation cleans 'em all.
Earmolds, CIC's, even full shell ITE's. No matter what type hearing aid you have the SpinStation can handle the job. In a mere 20 seconds of its automatically timed cleaning cycle, SpinStation does a more efficient cleaning job than vacuums, heaters, or desiccators.

Heating units simply remove moisture.
With heaters, not only does the earwax remain behind, but it could migrate further into the device due to the softening effect of the heat. And, unlike other cleaning systems, SpinStation eliminates the guesswork. The proof of its efficiency is right there for you to see. All wax and debris ejected from the device conveniently collects in the removable nose cone.

Using the SpinStation
The SpinStation is very easy and quick to use. Simply drop the instrument into the rotor with the receiver pointing into the wax trap, close the safety cover and press the start button! The spinning action creates a very specific amount of G-Force on the device. This precise amount of force will eject all foreign matter without causing any damage to the hearing device.  By adjusting the five position counter- balance, it will provide optimum cleaning for the device and eliminate any possible vibration.

2-pack of No Wax filters